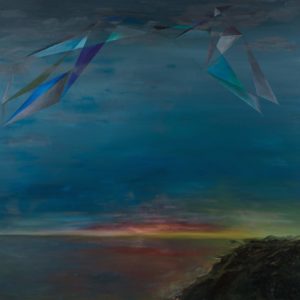 “That’s a Computer!” This remark was thrown at tenor saxophonist / bass clarinetist Lucas Pino by one of his teachers at Julliard, in a less than diplomatic attempt to dismiss one of Pino’s idols.

Lucas Pino has had an interesting career. In 2004, while in junior high school, he won the Downbeat Student Music Award for best instrumental soloist. He earned a Bachelor of Fine Art degree at the New School and a Masters of Music from Julliard.

On this CD, his fourth as a leader, Pino is joined by alto saxophonist Alex LoRe, trumpeter Mat Jodrell, trombonist Nick Finzer, baritone saxophonist Andrew Gutauskas, guitarist Rafat Sarnecki, pianist Glenn Zaleski, bassist Desmond White, and drummer Jimmy MacBride; with a guest vocal performance from Camila Meza. With the exception of MacBride, the group has been together since 2009.

The CD opens with “Antiquity,” a piece written by Alex LoRe. From the first notes, the ensemble is stating, very emphatically, “This is Jazz.” The warm, inviting changes and unhurried melody opens itself to an exploration of very colorful harmonies. The horn parts are written and performed in a way that expands itself beautifully. Sarnecki’s guitar snake in and out of Pino’s solo in a most ingenious way. The song’s bridge changes the mood to something more brooding, like a grumpy old man who is expressing his displeasure over one thing or another, before relaxing itself into its former mood.

Pino’s first composition to appear on the CD, “Horse of a Different Color,” starts with an intro that has sharp edges that, nonetheless, do not jar or disturb. This breaks into an almost Charlie Parker like swing. During the first solo, the harmonies and counterpoints break free of the bebop orthodoxy. After an unexpected lyrical piano break, the piece becomes a blues, before returning to swing.

“Film at 11” is a misty, moody ballad that conjures images of dark streets, late night talks over coffee at all night diners, and the loneliness and heaviness following a lover’s quarrel. Pino uses his next composition, “Look into my Eyes” to take the ballad form the previous track immersed the listener in, and injects a post-bebop vivacity and complexity into it.

Camila Meza offers an astonishing performance on “Frustrations.” At times, her seamless dialogue with the horns makes her voice into an instrument with a timbre one cannot immediately identify. Her presence in this piece is indispensable to the mood the composition creates.

This mood is broken by the swinging and complicated interplay between the guitar and horns on Sarneki’s Afro-Cuban “Sueno de Gatos.” Meza appears here, going toe to toe with the horns in a more aggressive role.

The CD closes with “Baseball Simulator 1000” (credited to an “unknown” composer – clearly an inside joke Pino is not letting us in on). Eschewing improvised solos, it romps and dances playfully for a mere one minute and 34 seconds before drawing to a close.

Pino and the Nonet prove themselves to be musicians of the highest caliber. Their mastery of the language of jazz is evident in the way they execute the intricate and subtle counterpoints and harmonies in Pino’s compositions. It’s obvious this ensemble knows one another’s musical identities quite intimately. This is a Computer”is truly a delight to listen to.