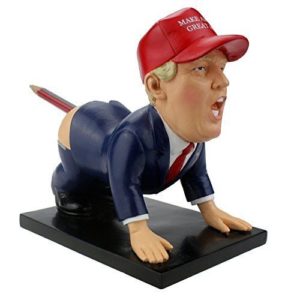 The Trump tariff fiasco has reached a predictable outcome.

China played its hand as well as it could have. The thing that Trump and his like cannot understand is that China rarely thinks in terms of short term gains: they think in terms of decades and centuries. Trump underestimated them, and US businesses and economies are suffering because of it.

Of course Trump needs to scapegoat China with an economic war to detract people from his domestic filth, in an effort to win another election term. China is an easy target for his voting base. They fear China because US companies have become dependent upon buying from China. Trump squeezes the idea of IP theft for everything he can get from it; and it’s a fair assessment.  But every country is engaged in this game, including the US. Ultimately China has strongly contributed to almost 20 years of global prosperity. Slowing China is bad for the US, even though it hurts Trump’s ego (and his follower’s egos) to know that any other country is prospering.

The US has now effectively cut off its companies from buying from a global leading supplier of goods and services. That is a terrible disservice to US companies and people.

He is an example about how Trump and his tariffs are annihilating the chances of small business to survive in the United States – one that is relevant to musicians in the US.

Paul Vo, of Paul Vo Creations Inc. was getting ready to begin manufacturing and shipping a new product, one which the market had been clamoring for. However, Trump’s tariffs imposed a 25% increase in the parts he needed that are only manufactured in China.

He was forced to not only raise the price of his product, he had to delay shipping on orders he’s already received for at least six months. Additionally, his profit margin is going to be less than anticipated. To make matters worse in order to avoid losing money on each unit shipped he had to remove some of the new innovations in the product’s design. It’s not an exaggeration to say that this could affect sales. Additionally, one of his most brilliant inventions, the Vo-96 Acoustic Synthesis System, has been forced out of production.

Paul Vo’s products are among the most brilliant innovations in musical instrument design in years. If Trump’s efforts to make America great again cause this man’s business to close, the loss to the advancement of musical instrument technology will be beyond calculation.

In related news, on March 11, 2019, Trump unveiled the largest budget in US federal history; $4.75 trillion. His plans for the NEA and NEH are, according to the documents, have not changed since his 2016 campaign. The NEA’s budget is marked at $29 million and the NEH’s is at $38 million, which the proposal describes as “sufficient funding for orderly termination of all operations over two years.” (It would cost the two agencies quarter of their annual budgets just to shut down).  Trump’s budget plan stated that “The Administration does not consider NEA [or NEH] activities to be core Federal responsibilities,” It would also defund the Institute of Museum and Library Services.

What’s ironic is that funding for the Arts constitute 0.0004% of the federal budget; which costs the average taxpayer about $1.36 a year.

The only remaining question to Trump supporters is: how do you possibly construe all this as “winning?”