“Stay true to yourself, and stay true to the game. If you give music your all, and be honest with yourself, you will be rewarded.” 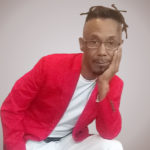 In this episode of MFM Speaks Out, Dawoud Kringle interviews  Royal Bayyan. Royal is a Musician, Songwriter, Producer, Music Supervisor, Personal Manager, Executive Brand Consultant. He played with and was a founding member of Kool & the Gang.

Middle track: “All I Wanna Do” by Royal Bayyan

(All tracks composed by Royal Bayyan)