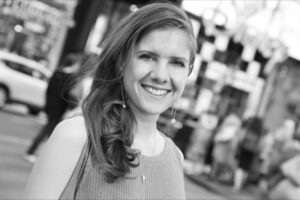 Middle track: “Wallflower” from the musical We Are the Tigers by Preston Max Allen; Geraldine Anello, music director and pianist