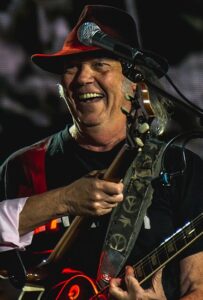 Young published an open letter addressed to his manager and the co-chairman and COO of Warner Records requesting that his catalog be pulled from Spotify. He did this to protest the Joe Rogan Experience podcast spreading misinformation about the COVID vaccine. Earlier in January, a group of 270 doctors, scientists, professors and other medical professionals also expressed concern over Rogan’s misinformation around COVID-19 in an open letter to Spotify. They noted that Rogan 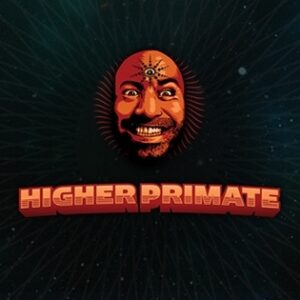 incorrectly claimed that mRNA vaccines are “gene therapy,” and promoted the use of ivermectin to treat COVID-19, contrary to FDA warnings against using the drug to treat COVID.

After deleting the letter, Young published another open letter on his website (https://neilyoungarchives.com/news/1/article?id=Spotify-More-Songs-Less-Sound) titled SPOTIFY: More Songs and Less Sound. He wrote that anyone supporting Spotify has a hand in “destroying an art form.” He believes Spotify offers a lesser quality product than other streamers such as Apple Music, Amazon and Qobuz, and encourages music fans to abandon Spotify. He went on to say that Spotify reduces the quality of its music to 5% of its original content .“It’s easy to do that with digital, thus allowing more songs and less music to stream faster” he wrote. “That’s because 95% is missing. That’s what Spotify the tech company does. Spotify then sells you the downgraded music.”

Soon after, Joni Mitchell joined Young, demanding Spotify to address misinformation on its platform. She plans to pull her work off Spotify over false claims about COVID-19 vaccines. On her website, Mitchell said “I’ve decided to remove all my music from Spotify, Irresponsible people are spreading lies that are costing people their lives. I stand in solidarity with Neil Young and the global scientific and medical communities on this issue.”

On February 1st, India.Arie announced she wishes to have her music removed from Spotify. In addition to Rogan’s COVID misinformation and the miniscule royalties Spotify is known to pay its artists, she cites Rogan’s “language around race.” This is alluding to comments Rogan made during a recent podcast episode with controversial Canadian psychologist Jordan Peterson. Arie wrote “What I am talking about is RESPECT – who gets it and who doesn’t. Paying musicians a fraction of a penny? and HIM $100M? This shows the type of company they are and the company that they keep.”

Nils Lofgrin also joined the boycott. He posted a message on his website saying “We have now gotten the last 27 years of my music taken off Spotify. We are reaching out to the labels that own my earlier music to have it removed as well.”

On Sunday, January 30th, Joe Rogan addressed the controversy in a video posted to Instagram. “I’m not trying to promote misinformation, I’m not trying to be controversial, I’ve never tried to do anything with this podcast other than to just talk to people.” Rogan went on to say that the purpose of his podcast was to have conversations with people who have “differing opinions.” He added that he books guests on his podcast himself and deliberately tries to balance out “the controversial ones.”

According to a report from Billboard, removing his music from the streaming service could cost Young over $750,000 a year and Mitchell could lose more than $270,000. The Billboard report estimated that Spotify represented 43 percent of Young’s music streams worldwide.

However, Spotify is also suffering. On Friday, Jan. 28 2022, data from Nasdaq showed that shares of Spotify were down 12% from where they closed the previous week; roughly equal to a market value of $4 billion. The hashtags #DeleteSpotify and #CancelSpotify have appeared on social media. Several websites are offering step-by-step instructions for users to remove the app from their devices.

Spotify is well known for its abuse of musicians, songwriters, and composers. It’s ironic, and fitting, that irresponsible comments from one of their biggest income sources triggered serious damage to their power and financial structure. This also presents an opportunity for all musicians to organize and speak out against the unfair royalty payments by Spotify.