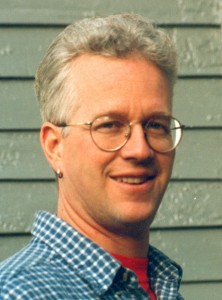 MFM Presents: “Music Is Essential” ZOOM Webinar #9 with Banning Eyre Speaking on Expanding Our Conception of the Guitar in Africa

MFM AC member, Banning Eyre will be back with another ZOOM webinar called “A Guitar Tour of Africa.” This will be part concert, part lecture demonstration, mostly aimed at expanding our conception of the guitar in Africa. From Mande fingerstyle echoes of the kora and balafon, to Congolese soukous dance hypnotics, to palm wine guitar, Zulu maskanda, and the guitar version of ancient Shona mbira music, the subject is rich and vast. Eyre has traveled to Africa some 25 times, always with a guitar in hand, and has been learning and performing African guitar styles for over 35 years. The webinar will focus mostly on acoustic guitar traditions, but also venture into some multi-voice, electric guitar styles. If the subject is new to you, prepare to be surprised!

Banning Eyre is an author, guitarist, photographer, and Senior Producer for the Peabody Award-winning public radio series Afropop Worldwide. His work has taken him to over 25 African countries to research local music. Eyre has produced over 180 Afropop episodes including in-depth coverage of Mali, Congo, Egypt, Ghana, Lebanon, Madagascar and Nigeria. He comments on world music for NPR’s All Things Considered. In May, 2015, Duke University Press published his fourth book, Lion Songs: Thomas Mapfumo and the Music That Made Zimbabwe, which won the 2016 Society for Ethnomusicology African Music Section Kwabena Nketia Book Prize. His previous books are Afropop! An Illustrated Guide, In Griot Time: An American Guitarist in Mali, and Guitar Atlas Africa, a book of introductory lessons in African guitar styles. He also co-produced the 2004 film Festival in the Desert: The Tent Sessions, filmed in location in Essakane, Mali. He edits and contributes to www.afropop.org, and hosts www.banningeyre.com, the home of his independent label Lion Songs Records.

MFM seeks to bring together musicians from all disciplines, styles, traditions and localities in the cause of their mutual self-betterment. Whether through education, networking or political action, MFM’s ultimate goal is to elevate the work of all musicians to the level of a true profession, one which is recognized and appropriately rewarded by the society in which they live and work. MFM additionally advocates for the creation and maintenance of a fair and sustainable musical ecosystem, one in which participants share equitably in all forms of revenue generated by their work product, whether composed, recorded, or performed live. In the final analysis, we seek to promote all conditions which benefit the musicians’ community and the music created by it, while opposing all those which do them harm.”