“Recognizing yourself in (this music) or finding a mysterious familiarity is something completely unexplainable.” 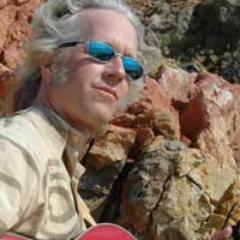 Our guest for this episode is Banning Eyre. Banning Eyre is a writer, guitarist and producer, and the senior editor and producer of the public radio program Afropop Worldwide.  He has traveled and done music research in over 20 African countries, as well as in the Caribbean, South America and Europe.

Music on this episode:

“Today is a New Day” by Voyagers

“Silanide” by The Super Rail Band