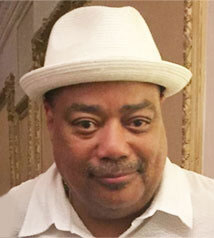 Our guest for this episode of MFM Speaks Out is Baba Don Eaton Babatunde. He is a percussionist and master of African drumming and the rhythms of the African Diaspora in the Americas.

His theatrical credits include The Classical Theatre of Harlem’s productions of Macbeth, Caligula, and Dream on Monkey Mountain, He performed on HBO’s Hoop Life soundtrack and Julie Andrews’ Green Room, and has been featured on a Sesame Street segment called Drumming School.

He has performed at Carnegie Hall, The State Theater,  Avery Fisher’s Hall, City Center, The Apollo Theatre and The House Of Blues to name a few.

He is also a respected music educator. His credentials include workshops throughout the Metropolitan, Tri State  Area, with many institutions such as The Harlem School of The Arts, John Jay College, Arts Connections, Harlem Late Night Jazz, African Horizon, Arts Horizon, Yaffa Productions, North Hampden High School and Jack and Jill Arts Center.

Baba Don’s family lineage and their part in the history of Harlem and the civil rights movement, his education, his work as a music educator and purveyor of African drumming in modern western music, the many people he performed with, including his work with Abiodun Oyewole and the Last Poets, The Alvin Ailey Dance Company, and Patti LaBelle, his association with MFM, and his experience, thoughts, and advice about the music business.

Music on this episode: