The sooner musicians accept that the world is moving on with or without us, the sooner our music – and our ability to profit monetarily – will be able to move forward.

I have a social media account with https://www.imvu.com. This platform is pretty much metaverse based. Now, for my taste this particular social media thing is bullshit. Most of the friend requests I get are clearly scammers, and I’m NOT putting money into building my metaverse presence on IMVU. So I don’t really do anything with it. This may change, but for now, it’s a toy I almost never play with. 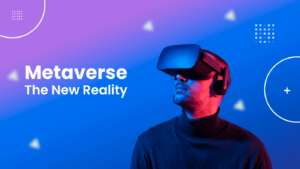 But something happened in my personal life that underscored a relevance hidden within this. I’m a Muslim, and recently (as of this writing) I attended Islamic services at a mosque in Harlem NY. I ran into a friend who’d moved to Yonkers. He and I hung out afterward and he showed me something that really interested me. He’d built a mosque in the metaverse. What really surprised me about this was that he live streamed jumma (congregational prayer) services in it, and people actually attended virtually. I am no scholar of Shari’ah, and refuse to comment on the religious permissibility of this. But it’s clear that the metaverse could be as much of a game-changer as the invention of the telephone.

It’s also not impossible that businesses will begin operating in the metaverse in the future. We musicians, and our successors. should establish a presence in these emerging technologies.

So, what is this metaverse thing anyway?

In the late 20th century, two Cyberpunk Science Fiction authors William Gibson and Neil Stephenson extrapolated the evolution of the internet that it would be virtual reality-enabled. And like much sci-fi, it soon became a reality. Virtual reality (VR) devices and apps became commercially available. The word Metaverse became part of our vocabulary. Mark Zuckerberg announced the changing of the name of the Facebook company to Meta. Venture capitalist Matthew Ball wrote about it, and said that the metaverse would “emerge from a network of different platforms, bodies, and technologies working together (however reluctantly) and embracing interoperability.”

All hyperbole aside, the Metaverse is Virtual Reality enabled Internet. And its potential for great success lies in its interactivity.

There is something else to consider.

We are inundated with a torrential flood of consumable content competing for our time and attention. The fact that there’s too much to consume is a big problem.

Then there is the term content. It has an all too great tendency to reduce our art to a mere commodity. If we put our heart and soul into music then it’s more than just content. And with this attitude and the oversaturation of available content, connecting with music through the act of listening is becoming a lost art form. Before comment sections and live chats there was just music. 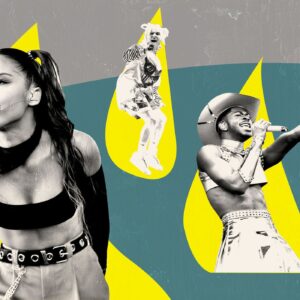 A lot of Gen Z are addicted, not just to video games, but to all varieties of digital media.  Constant exposure to video games and digital media stimulates the brain, produces excess dopamine, and consequently many Gen Z typically don’t have the attention span to listen to music closely over a period of time, like some would listen to a symphony. Of course it’s no secret that big tech deliberately makes social media, video games, etc., as addictive as possible.

Now, I must point out that this certainly does not apply to all Gen Z. But there are enough among them to  make this a perfectly admissible argument. And they could be in denial about this – possibly because they’ve never known anything different. They have no understanding of what it’s like not being perpetually stimulated by increasingly addictive media spectacles. And even those who are not technically addicted to it are affected by it.

There is simply no escaping that the influence of digital media, art, and entertainment is permanently embedded in the culture. Listen to JD Beck, the brilliant young drummer who performs and records with the equally brilliant young keyboardist Domi. The influence of the quantized sounds of video games and EDM are unmistakable in their playing. Yet, they are jazz musicians at the same time.

But the real reason for its success (and an explanation why it’s so addictive) is because it is interactive.

People like being part of something. There are many historical precedents for this. For example, Disco was not as successful as it was because the music was so great. It was successful because it transformed the people on the dance floor into the stars of the show.  Now, jazz, classical music, etc. has its level of interactivity. Listening to music is a very active participation in a musical performance. But the level and nature of this participation is often very subtle, requires an intimate knowledge base many people do not have, and all too often it can devolve into elitism. This is destructive in the long run. People do not like being told they are not good enough to participate in or understand something (even if it’s true). Sooner or later, they will respond to the insult.

Of course, the opposite side of this coin is that the spectacle of a truly great artist offering a superhuman performance is and always will be a factor. This will inspire awe, and among some, an impetus to follow suit and push the boundaries even further. But such people are rare.

This idea of interactivity is not new. The Grateful Dead is a good example. Their music is completely outside the realm of any marketing demographic the orthodox music business finds acceptable, viable, or comprehensible. Yet their concert tours during the 90s earned a total of $285 million. They also sold almost 16 million albums. How did this happen? They allowed their audience to define the Grateful Dead experience, and made them an equal partner. This is a large part of what made them an astonishing success.

But the real problem isn’t with Gen Z or video games. It’s with stubborn musicians unwilling to embrace change. The sooner musicians accept that the world is moving on with or without us, the sooner our music – and our ability to profit monetarily – will be able to move forward. Our music has a much better chance of reaching an audience that will actually appreciate it if it’s in a format that the modern generations find accessible and speaks to their cultural mindset.

A very good example of this was Miles Davis. He stayed in touch with the developments of music and refused to stop evolving. In doing so, he remained relevant and at the forefront of both music and culture as a leader and trend-setter for half a century.

As musicians, especially those of older generations, we have to decide how we are going to use the tools that are developing around us. We cannot stop it: but we can make it work for us, and possibly use our influence to make changes in this new world. It’s prudent for those of us trying to survive in an ever changing and hostile music business to envision how all this could work to our advantage.

If we don’t think about this, we could participate in our own obsolescence and extinction.