“The Modern Adventures of Plato, Diogenes and Freud” – Written by Al Kooper for the first album by Blood, Sweat and Tears, Child is Father to the Man

Father of my morning,
Once my child to the night
I see that you have minds to cop
And I can only watch the sickened sorrow

And the clock on the wall is a bore
As you wander past the door
And find him lying on the floor
As he begs you for some more, you frozen smile

You cannot ever picture me
You know me by my thoughts
A file for your travelogue
Oblivious to the night, the fog around you
The germs they are ridiculous
They bother you at night
The blood that rushes to your brain
The ticket on the plane you’re never catching
The price you pay exclusive of your taxes
To chop you up inside with tiny axes
The girl looks up to you from floors she waxes
And speaks to your belt with tears among her eyes

And the clock on the wall is a bore
As you wander past the door
And find him lying on the floor
As he begs you for some more, you frozen smile

The metaphysic wrinkles in the face of what you face
Are hidden by the fake-up man
Who lives inside the sterno can beside you
Now climb ye to the mountains
As the sun is almost gone
Escaping from your other selves
Your brothers hide among the shelves inside you
The games that people play can only bore you
But only those that know you don’t ignore you
How many times have I come there to restore you
And caught you lying on the couch with father time
And the clock on the wall is a bore
As you wander past the door
And find him lying on the floor
As he begs you for some more, you frozen smile

Earlier this week, John Mori (DMG employee) and myself, listened to the first album by Blood, Sweat & Tears called Child is Father to The Man, which was released in 1968. Blood, Sweat and Tears was founded by Al Kooper and Steve Katz, when they left the Blues Project to form their own band.

Along with the Butterfield Blues Band and Electric Flag, B, S & T were one of the first rock bands with a horn section and starting around 1969, there were many other horn bands which emerged. 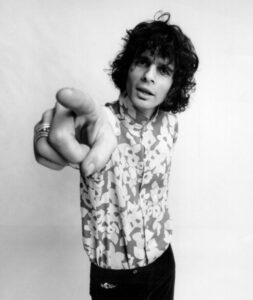 Al Kooper, a gifted songwriter and organ player, was the main songwriter and singer in B, S and T. Steve Katz, who played guitar in Blues Project, we also a fine songwriter and singer, also contributed a couple of great songs to that debut album. To me, that first album was/is a masterpiece, every song strong, spirited and the arrangements were also spectacular. It still sounds wonderful today, some 50+ years later.

Word is that during their first year, Al Kooper tried to get Steve Katz bounced from the band since he wanted to get his friend Mike Bloomfield to replace Katz. Probably not a good idea since Mr. Bloomfield had various problems which kept him from finishing any project that he started.

Hence, Mr. Kooper was pushed out of the band, while Steve Katz remained for many years. Mr. Kooper went on the have a long solo career and became a successful producer. I’ve been reading the words to this song over and over and am marveling at Mr. Kooper’s fascinating words. Please do read those words again and check out that first Blood, Sweat and Tears album. A special toast to Mr. Al Kooper and all the members of the original Blood, Sweat and Tears!