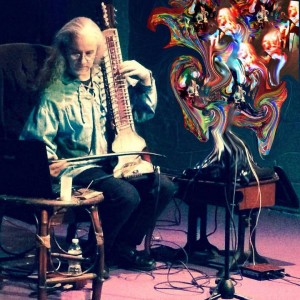 Dawoud is a multi-instrumentalise, composer, imrpoviser, and leader of
God’s Unruly Friends, a Mystic Ethno-Jazz Electronica ensemble. He will be
offering a solo performance on dilruba and laptop of improvisations on
original themes (including selections of his 21 piece work The Harmolodic
Raga Cycle). 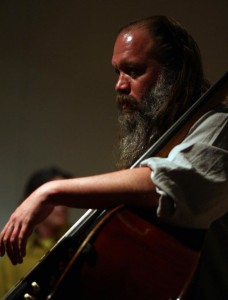 Classically trained bassist and sitarist Mark Deutsch is the creator and
master of the Bazantar: a 39-string acoustic bass with additional drone and
sympathetic strings. He received worldwide acclaim as a unique musical
innovator, and his work is recognized for its spiritual qualities.

A sample of the accolades he earned:

“Mark Deutsch has created explorations into the depths of sound where the
roots of tonality beneath Eastern and Western systems are one. This
historis tone poem bridges the dark opulence of tone to the high visionary
sounds of the spirit. A must for all sonic adventurers.” – Don Campbell,
Author of “The Mozart Effect”