Hamid Dabashi: a professor of Iranian studies and comparative literature at Columbia University, writes frequently on politics and world affairs. This time in CNN Opinion.

This article is very well formulated. He writes: Obama must stick to his vow to “bear witness” to crackdown in Iran,  U.S. civil rights icons, Muslim leaders; human rights groups should go to Iran.

END_OF_DOCUMENT_TOKEN_TO_BE_REPLACED 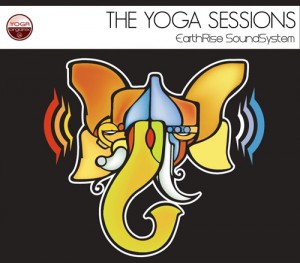 END_OF_DOCUMENT_TOKEN_TO_BE_REPLACED

After more than a year of work and collaboration, I am extremely excited to tell you about the Orchestrion Project. In 2007, 17-time Grammy-winning jazz artist Pat Metheny came to LEMUR with the idea to produce an album and tour backed entirely by robotic musical instruments. This led to a year-long project where we produced an orchestra of nearly 40 robotic instruments, including GuitarBots, mallet instruments and a large array of percussion. These instruments, augmented with several instruments by other roboticists, comprise the Orchestrion, a robotic orchestra entirely under Pat’s compositional and improvisational control.

END_OF_DOCUMENT_TOKEN_TO_BE_REPLACED

Here is a YouTube video of an audio recording of the Ornette Coleman Quartet (with Dewey Redman on tenor, Charlie Haden on bass and Ed Blackwell on drums), recorded in Belgrade, November 2, 1971. They are playing the song Who do you work for?
Unfortunately this is just an audio recording. But the music is so strong that you can imagine the players.

I love Dewey Redman‘s sax playing. And it is a shame I have never had the chance to see him playing live. He is exceptional. And he has a great tone. Nobody sounds like him. No other tenor player could take his place in Ornette’s band. After more than ten months rehearsing with Ornette I started to understand why.

Her most renowned song, Gracias a la Vida (Thanks to Life), was popularized throughout Latin America by Mercedes Sosa and later in the US by Joan Baez. It remains one of the most covered Latin American songs in history.