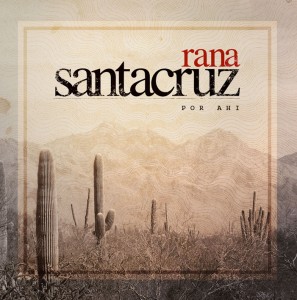 Por Ahi is the latest from eclectic – and eccentric – artist Rana Santacruz.

END_OF_DOCUMENT_TOKEN_TO_BE_REPLACED

When you listen to an Escola de Samba (school of samba) play their Samba Enredo (song for Carnival) on CD, DVD or performed live at Sambodromo during Carnival in Rio, you hear a well-oiled machine rolling down the avenida accompanied by thunderous percussion, vibrantly colored costumes,elegant dancers all moving in unison to one common theme, and the syncopated rhythms of the Samba Enredo chosen by the Escola. You see the end product but, how do you get from an idea to this incredible artistic production passing through Sapaucai?

This very question took me to several evenings at the Quadro of the Escola de Samba in Pilares, Rio de Janeiro. Having read numerous articles, books, television reports and watched about a decades worth of performances from the Escolas de Samba from both Rio and Sao Paulo, you always feel like you have a great working knowledge about carnival, but Samba is like an onion – as you peel back each layer you find a greater deal of complexity.

END_OF_DOCUMENT_TOKEN_TO_BE_REPLACED

Since my interview with Remi Alvarez I got interested in the Mexican music scene. Meanwhile I met another Mexican musician, Omar Tamez, who was playing at The University of The Streets a couple of months ago. It seems there is a Jazz/improve/elctronica scene developing which I like to cover for a while.

A week ago I got an email from Jimmy Cohen, a member of the Mexican group ZEHEL, with following text:
Hello:
We are an experimental music and video band from Mexico city. Here you can get an idea of what we do, from acoustic to electronic, I hope you are interested.

END_OF_DOCUMENT_TOKEN_TO_BE_REPLACED

Gonzalo Rubalcaba (born May 27, 1963 in Havana, Cuba) is a Grammy Award-winning Cuban jazz pianist and composer. He has received 14 Grammy nominations (wining 2 Grammys for Nocturne and Land of the Sun, and 2 Latin Grammys for Solo and Supernova) including four for Jazz Album of the Year (Rapsodia in 1995, Antiguo and Inner Voyage in 1999, and Supernova in 2002), the Palme d’Or from the Music Academy in Paris in 1991 and two “Best Performer” awards for “Suite 4y20” and “Rapsodia” in 1992 and 1993 respectively. In 2008, Gonzalo was awarded the “Vanguard Award” by The ASCAP Foundation for “charting new directions in Jazz”.

In 1986 he had a chance meeting in Havana with bassist Charlie Haden. Through Charlie Haden he came to the attention of Bruce Lundvall president of Blue Note Records, and thus began an association, first with Toshiba/EMI of Japan, and later with Blue Note in the US, which has resulted in the release of eleven albums. Due to his record releases and popularity with the Japanese ctizens he has had countless performances in Japan. When he heard about the earthquakes and the tsunami he along with other musicans became concerned about his Japanese friends and fans.  Through his concern he sends the above message in Spanish (read the English translation below).

END_OF_DOCUMENT_TOKEN_TO_BE_REPLACED

Her most renowned song, Gracias a la Vida (Thanks to Life), was popularized throughout Latin America by Mercedes Sosa and later in the US by Joan Baez. It remains one of the most covered Latin American songs in history.