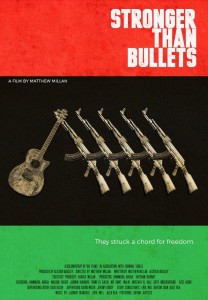 END_OF_DOCUMENT_TOKEN_TO_BE_REPLACED

The road movie Streets of Cairo was made and produced by Mohamed Badawi (Sudan) and Hubl Greiner (Germany) in January 2007, when both of them recorded at the studio of the Cairo Academy of Music  at the University Asyout. The soundtrack is from Mohamed Badawi’s CD D’Omdurman à Timimoun.

END_OF_DOCUMENT_TOKEN_TO_BE_REPLACED

When James Brown died almost exactly two years ago, I still lived in Tokyo, Japan. His death was a shock for me because he was one of the few musicians I loved to play with.

Other musicians were Elvin Jones (John Coltrane’s drummer) whom I met in Tokyo where he invited me and my sax to his birthday party at BB KING’s. However, due to my mother’s illness, I was unable to attend. The next year, Jones left the world unexpectedly.

Another musician I wanted to meet and play with was the Malian “desert” blues guitarist Ali Farka Toure. I missed my chance to meet him in Mali in 2004, when Salif Keita invited me to appear with him at a concert – commemorating his appointment as UN ambassador for Culture and Sport. Unfortunately, I was so busy with Keita that I had no time to make the trip to see Ali Farka Toure in Timbuktu. Two years later he died too – in the same year as James Brown.

END_OF_DOCUMENT_TOKEN_TO_BE_REPLACED 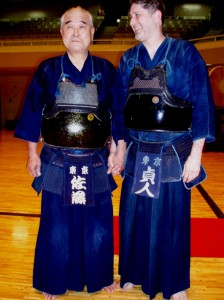 Sato Hironobu sensei (Kendo 8th Dan hanshi) and me at the BUDOKAN in Tokyo. Photo by Peter Ryan.

As you might know I have been a long time in Japan studying Japanese martial arts, such as Judo and Kendo. For a while I studied both martial arts, but later I decided to focus only on Kendo.