This very interesting post was pitched from our friends from Hong Kong: Metal Postcard Records END_OF_DOCUMENT_TOKEN_TO_BE_REPLACED

GUIGUISUISUI’s second album Write Me A Death Letter has arrived at Metal Postcard Records and it’s a killer. Ten tracks of twisted 8-bit driven scuzz rock from the smog of Beijing, like traveling through a twisted time warp from ‘50s rock and roll and electric blues, to ‘60s hard rock and garage, to ‘70s punk rock and electronic noise. It’s every bit Rocky Erickson, Johnny Thunders, and Muddy Waters as it is a jilted journey of its own design, a run away train guided by the dark trio of GUIGUISUISUI, King Necro, and Lord Kamemameha.

While 2013 saw the first handful of formative GUIGUISUISUI releases and 2014 saw a couple of 7” EPs, 2015 is the year that sees the 8-bit zombie most polished work to date. A year in the making the album was written during and immediately after a forty something date tour of China, Malaysia, Singapore, Indonesia. The recording was done at Yang Haisong’s (PK14) Psychic Kong studio immediately after ANOTHER tour (this time in Taiwan), with additional recordings wrapped up in China, Britain, Australia, and Canada just in time for GUIGUISUISUI to jet off again to South Korea and Japan and all over China.

END_OF_DOCUMENT_TOKEN_TO_BE_REPLACED 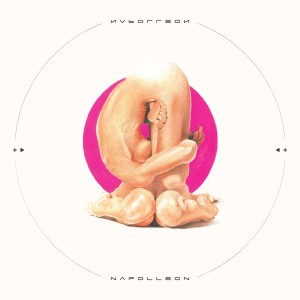 Debut ep from Indonesia’s psych/indie rock band Napolleon.
They describe their sound as “sound is more 1969/1970 Proto heavy rock than standard psych and we love them for it.”

This band is from Bandung, Indonesia. Formed in 2011 “when four young earthlings meet and dreaming about the sounds of outer space. They create hypnotizing and fuzzling sounds, as they blend echo-based sounds with experimental touch. They drawing some elements from 60’s psychedelic aesthetics to modern music with textured sound, and heavily inspired by Also Sprach Zarathustra.”

END_OF_DOCUMENT_TOKEN_TO_BE_REPLACED

The rest of the world appears to becoming increasingly aware of the music of South East Asia from the 70’s….. The Drakkar Band who have just re-issued the eponymous album Drakkar 74 on Hong Kong based label Metal Postcard is going to the USA to play some gigs to help John Pirozzi launch his amazing documentary Don’t Think I’ve Forgotten. It’s worth remembering that the last time they played outside the country was 1973 to US servicemen in Vietnam. We’d be calling the tour.. “From Apocolypse Now to Hipster Central”!

END_OF_DOCUMENT_TOKEN_TO_BE_REPLACED

A trailer for the forthcoming feature documentary film of Srey Thy, singer of the The Cambodian Space Project by German director: Marc Eberle.