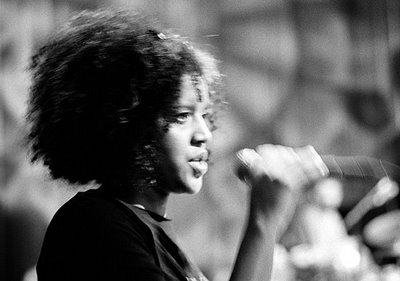 Ejigayehu “Gigi” Shibabaw, or Gigi as she is popularly known, is one of the most successful contemporary Ethiopian singers worldwide. Coming from an ancient tradition of song originating in the Ethiopian Church, she has brought the music of Ethiopia to wider appreciation and developed it in combination with a wide variety of styles.

END_OF_DOCUMENT_TOKEN_TO_BE_REPLACED

This is the trailer of the  upcoming Bollywood film My Name Is Khan based on a true story of one man’s (played by one of Newsweek’s 50 most powerful people in the world, Shahrukh Khan) journey across America post 9/11. Directed by Karan Johar and starring Shahrukh Khan and Kajol.

END_OF_DOCUMENT_TOKEN_TO_BE_REPLACED

On November 16, 2009, musicians, family, friends, and fans of the late Robert Palmer gathered at Le Poisson Rouge in NYC to celebrate the music writer’s legacy. Robert Palmer (not to be confused with Robert Palmer of “Simply Irresistible” fame) was one of the first rock music critics for The New York Times, author of Deep Blues (an examination of the roots of the blues), and an accomplished flute, clarinet and sax player who could sit in with The Rolling Stones, Ornette Coleman, and the Master Musicians of Jajouka.

This night was a celebration of his legacy and also marked the release of Blues and Chaos, Palmer’s collected writings, and The Hand of Fatima, a film documentary by Palmer’s daughter examining his life, their relationship, and his obsession with the music of the Moroccan Master Musicians of Jajouka. The night was also a benefit for the musicians of Jajouka, and all proceeds went to their cause. END_OF_DOCUMENT_TOKEN_TO_BE_REPLACED

When: Sunday, January 31 at 8:00 PM
Where: The Living Theater, 21 Clinton Street (between Stanton and Houston Streets)
Price: $6

END_OF_DOCUMENT_TOKEN_TO_BE_REPLACED

Based on a 2001 symposium at the Getty Research Institute, Harry Smith: The Avant-Garde in the American Vernacular surveys the artist’s influence on American film, music, and the visual arts.

Featuring color reproductions of Smith’s images, as well as essays by scholars, friends, and colleagues, the book explores the life of the 20th-century Renaissance man best known for his definitive Anthology of American Folk Music — a six-record compilation of commercial songs from 1926-1932 that helped facilitate the folk revival of the ’60s. The multifaceted mystic also achieved cult-hero status in the world of cinema for his experimental films, and received critical praise for his rare, freeform abstract paintings.