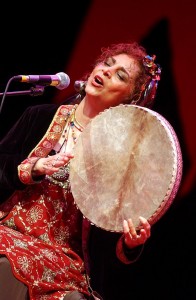 END_OF_DOCUMENT_TOKEN_TO_BE_REPLACED

Here are 6 Japanese TV commercials that would probably never be made in America. I love how Japanese produce their TV commercials which are very unique, serious but funny/hilarious at the same time, surreal, sophisticated, naive, ironic and sometimes “Zen like”. I also like the out of context use of sound and music contradicting each other. Peter Sellers or Monty Python would enjoy watching them!

But…unfortunately these commercials can’t be applied or referred to daily life in Japan. In fact life in Japan isn’t as exciting as people here believe. It is unsophisticated and impersonal. In some degrees very boring.  Tokyo for example – which is Japan’s metropolis, the country’s brain and the center of culture and commerce – lost its life power since the start of the recession at the end of the 1980s. Since then no big changes have happened. In fact the recession forced the Japanese to get aware that something was wrong with them. Instead of getting in charge of their own lives they tried to keep their lifestyles of before. Nobody wanted to take any responsibilities. Most people ignored their own deep feelings and anger. By the way did you know that Japan has the highest suicide rate in the world? Doesn’t this say alot about this country?

END_OF_DOCUMENT_TOKEN_TO_BE_REPLACED

Text by Flavorpill/Judy Berman
Kathryn Bigelow may have been the first female filmmaker to win a Best Director Oscar for 2009′s The Hurt Locker. But did you happen to notice that for the most recent Academy Awards, the nominees in the same category were all men — in a year when two movies directed by women, Winter’s Bone and The Kids Are All Right, were up for Best Picture? Gender inequalities exist throughout the arts, but they’re especially pronounced in the rarefied world of film directing. We all know a few big-name women filmmakers: Bigelow, Sofia Coppola, Susan Seidelman, Catherine Hardwicke, Nora Ephron, Julie Taymor. In honor of International Women’s Day, we present ten great, contemporary female directors who you may not know but should definitely check out.

END_OF_DOCUMENT_TOKEN_TO_BE_REPLACED

During the ‘70- and ‘80’s, the Woodstock-based Creative Music Studio was considered the premier study center for contemporary creative music. Founded in 1971 by Karl Berger , Ingrid Sertso and Ornette Coleman, CMS brought together leading innovators in the jazz and world music communities. Unprecedented in its range and diversity, CMS was an acknowledged phenomenon in the international music world.

The Stone is proud to host a new series of CMS workshops in 2011: a new improviser’s workshop orchestra gets underway EVERY MONDAY NIGHT IN 2011 led by composer/pianist/vibist Karl Berger. Conducted in the tradition of the legendary Creative Music Studio (www.creativemusicstudio.org), original compositions, themes by the likes of Don Cherry, Ornette Coleman, and world musical melodies will be utilized for orchestral explorations and contrasting solo/duo/trio flights. This series supports the Creative Music Studio Archive Project.

END_OF_DOCUMENT_TOKEN_TO_BE_REPLACED

Tomorrow (Sunday) at 1 p.m. at the Nuyorican Poets’ Café (236 E. 3 e/ A&B), many people are participating in a press conference called by Bobby Sanabria in support of reinstating the newly eliminated Grammy categories, most pertinently including Latin jazz.  Bobby’s press release is attached, and his account of the April 11 New York NARAS meeting is here. There will also be a press conference on Monday in Puerto Rico, organized by Charlie Sepulveda.

Read more about this subject