Text by the Kickstarters

END_OF_DOCUMENT_TOKEN_TO_BE_REPLACED

Is music made only for entertaining people? Is music just a commercial product? Is music something deep and important in our lives? Why do we still need music? How do you feel about music in general? What’s your answer?
It s is widely known that the power of music influences people’s mood and  creates scenes, routines and occasion in their lives. From Plato to Adorno who portray music in their social theories as an influence on character, social structure and action. A Tribe Called Red is a good example for what DooBeeDoo believes in and why it has been supporting music acts like them:… The basic thrust of the editorial content is that a social awareness can be fostered through music.

Last month, Guillaume Decouflet made his way to the Electric Pow Wow in Ottawa and sat down with A Tribe Called Red to talk party music, urban indigineity, and upending racist stereotypes through multimedia artwork. Cluster Mag is proud to host Decouflet’s account of the experience; a short film-documentary assembled from his interview, a little bit of party footage, and the audio-video work of Bear Witness, one of ATCR’s three members.

END_OF_DOCUMENT_TOKEN_TO_BE_REPLACED

Another Monday in my life… I had nothing to do, although I had something to do. Just got on a bus from the Upper West Side and let the bus take me to Columbus Circle. I looked for a coffee shop but couldn’t find something nice. So I decided to check out the park. From far I heard flute sounds which made me to enter the park. Eventually I found two flute players who were standing on a small hill. I went close and listened to their musi for a while.  After a while I decided to talk to them and took my iPhone out from my pocket and interviewed them. The interview was very easy going. I asked them to talk about themselves and their music.

END_OF_DOCUMENT_TOKEN_TO_BE_REPLACED 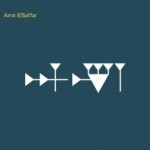 Inana is a new release from Iraqi-American musician Amir ElSaffar and the Two Rivers Ensemble. ElSaffar is one of a number of musicians, notably including Vijay Iyer and Rudresh Mahanthappa, who are finding new and creative ways to combine modern jazz with the music of their respective cultural backgrounds. In ElSaffar’s case, the background is Iraqi Maqam, a rich tradition which is considered the most perfect form of maqam. Maqam is highly modal, and mainly melody-oriented; rhythm is fluid and harmony, like in Indian music, is secondary at best.

END_OF_DOCUMENT_TOKEN_TO_BE_REPLACED

“March 6th was my SoSaLa Nu World Trash CD release party at Nublu. I invited Sylvain Leroux, who’s from Canada and has been living and performing in NY for many years, to play with me in some of the songs because I love his flute playing. Gladly he accepted  my invitation and played in the songs which he had recorded with me. Before the gig he showed me about his Chromatic Tambin, and I think he used it during the show. So let him tell us what his new flute is about.

“The Chromatic Tambin, a new flute, has been invented by me, which I will unveil and demonstrate at the New York Flute Fair on Saturday, March 24. I will introduce the Chromatic Tambin, my innovative re-design of the traditional Guinean three-holed, side-blown tambin during a group concert entitled “The Dynamic Flute.” The new instrument has extraordinary possibilities.