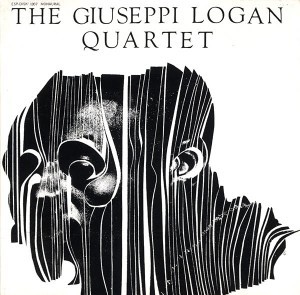 My journey to deliver an alto saxophone to Giuseppi Logan began on my lunch break. I caught my breath from the hazardous selling floor and quietly made my exit towards Herald Square. I waded through the river of tourist consumer zombies. Three of them blew smoke in my face with their usual haughty vibe. Do you addicts even know how pernicious you are? I made my way up to John Baltimore Music on 46th street. John is one of the last men standing from the purge of the fabled Music Row at 48th street. When I arrived at his showroom of hornucopia, I was immediately greeted with a hug. John and I have history. Somehow we ended up talking about Miles son Gregory, and John told me a quick story.

Miles bought a brand new Red Ferrari at one point, right before he hit Europe for a tour. He left with explicit orders to Gregory that he would not touch the car. After Miles had left, Gregory took the car all over Canada. Afterward, Gregory was at Rod Baltimore’s shop. Rod was John’s Dad, and the king of music row at the time. Miles called Rod and said he had a trumpet emergency and was flying back to New York to fix it. Gregory heard the call and ran home to clean up the car. He thought he was in the clear until Miles looked for two-quarters that he had taped to the top of the front right tire. When Miles saw the missing quarters, he knew that Gregory disobeyed him, and he threw him out of the house.

END_OF_DOCUMENT_TOKEN_TO_BE_REPLACED 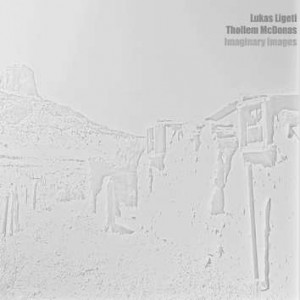 The most natural thing in the world is a meeting between two improvising musicians. On Imaginary Images drummer/percussionist Lukas Ligeti and pianist Thollem McDonas have given us an assemblage of deftly crafted improvisations.

END_OF_DOCUMENT_TOKEN_TO_BE_REPLACED 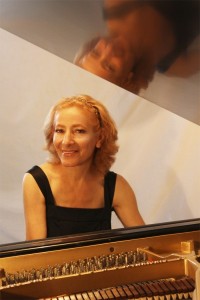 Amidst snowstorm forecasts last February, a friend of mine was driving off for the President’s Day Weekend amateur string-quartet-playing fest, which is an annual reunion of devotees of the summer Chamber Music Conference at Bennington College.

The only concern my friend expressed about snow conditions was whether the people responsible for bringing all the string-quartet parts would be able to get there.
I thought, fine if they don’t! How wonderful it would be to improvise all weekend, night and day!

END_OF_DOCUMENT_TOKEN_TO_BE_REPLACED 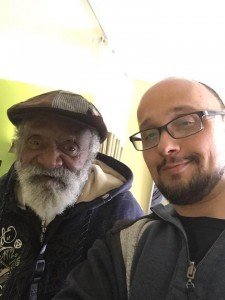 Photo and video courtesy of Matt Lavelle and YouTube

The last we heard from Brother G he was still holding court in Tompkins Square Park with a tenor and a small batch of CD’s to sell. 9:30 every morning, like clockwork. Rain or shine, G was almost always at his post on the northwest corner. This last winter slowed him down though. Even the cockroaches, rats, and sky-rats were M.I.A. Despite my time crunch; I had lined up three concerts for him to play, two out of state, and one with bass player Eric Revis. Then G fell again and re-injured his hip. When he ended up back in the hospital, the state decided that G was no longer in control of his life, and they took over. G was dispatched out to Far Rockaway Queens, at the end of the A-train line. It took me a minute to track down  Giuseppi Logan since I’m not a blood relative, but soon enough I learned he was on the fourth floor, and that he was in stable condition. Lawrence Nursing Home is a God-send, straight up. A place for folks who have reached the twilight alone, with no support system. Incredible stories and a few tragedies reside there. The folks at this home are all survivors. At some point, everybody has to come in from the cold.

END_OF_DOCUMENT_TOKEN_TO_BE_REPLACED 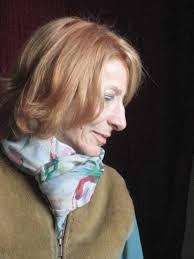 Quoting Sten Hostfalt (composer/improviser, microtonal guitarist, superb colleague) about the improvising life:
Free as a style and stylistic marker and/or a philosophy ? What is free ? How free is free ? is free really free ?
does it matter ? do we care ? well, either way we’ve done it for decades already so it most likely does exist.
Also we might find a clue in rehearsal ( yes freedom can be rehearsed ! ) the night before this event.
And the audience can hear/decide for itself at the concert.