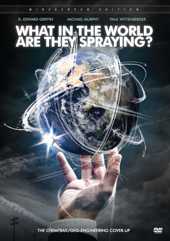 Title: What In The World Are They Spraying? The Chemtrail/Geo-Engineering Coverup Revealed

END_OF_DOCUMENT_TOKEN_TO_BE_REPLACED 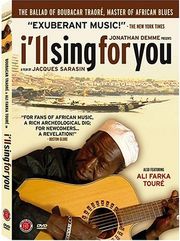 Boubacar Traoré (born 1942 in Kayes, Mali) is a renowned singer, songwriter, and guitarist. Traoré also goes by the nickname Kar Kar, (a footballing nickname in Bambara meaning “The Dribbler” given him by his friends). In 1968, when Moussa Traoré overthrew Malian president Modibo Keita, Boubacar Traoré, widely seen as an artist associated with the previous regime, disappeared from the airwaves. During the 1970s Traoré’s popularity faded, until a surprise television appearance in 1987. Soon after this “rediscovery,” Boubacar’s wife died during childbirth. Grief-stricken, he moved to France and did construction work to support his six children. While there, a British record producer discovered a tape of one of Traoré’s radio performances, and he was finally signed to a record deal. His first album, Mariama, was released in 1990. Since then, Traoré has enjoyed international popularity, touring Europe, Africa, and North America. Boubacar figures in the book Mali Blues (Lonely Planet, Australia), by Belgian writer Lieve Joris. The book inspired Swiss film director Jacques Sarasin for the 2001 film Je chanterai pour toi (“I’ll Sing For You”) about Boubacar, released on DVD in 2005.

END_OF_DOCUMENT_TOKEN_TO_BE_REPLACED

On December 24th 2011 at 11:59 in Zuccotti Park the New York City General Assembly will have a 24 hour gathering beginning with a midnight mass.

END_OF_DOCUMENT_TOKEN_TO_BE_REPLACED 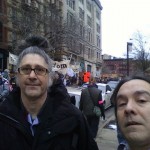 Last Saturday, December 17th, around 2:15pm I went with my friend Martin Bisi to Duarte Square, at the corner of Canal Street and 6th Avenue, to celebrate the three month anniversary of the Occupy Wall Street movement. We expected Lou Reed there to give a music contribution around 2 pm but he didn’t show up, which wasn’t a big deal.

When we arrived there many people, about a couple of hundreds, had already gathered and were getting ready to occupy the park and the fenced-off parking lot next door belonging to the Trinity Episcopal Church which refused to let them use the land as a campsite. As usual music, chanting and art performances were an important part of the protest.