Text from the video below: published on Nov 5, 2012 by democracynow

In addition to the National Guard and FEMA, one of the more active relief efforts in New York City has been a volunteer effort organized by alumnae of Occupy Wall Street called Occupy Sandy Relief. Along with groups like 350.org and Recovers.org, Occupy activists quickly mobilized hundreds, and then thousands, of people to help affected areas of New York City. Democracy Now! senior producer Mike Burke speaks with Occupy organizer Catherine Yeager in the Rockaways about Occupy Wall Street’s transformation into Occupy Sandy Relief. END_OF_DOCUMENT_TOKEN_TO_BE_REPLACED 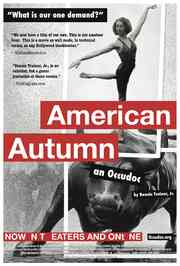 END_OF_DOCUMENT_TOKEN_TO_BE_REPLACED

Saturday, December 17th, I went with my friend Martin Bisi to Duarte Square, at the corner of Canal Street and 6th Avenue, to celebrate the three month anniversary of the Occupy Wall Street movement.

When we arrived there many people, about a couple of hundreds, had already gathered and were getting ready to occupy the park and the fenced-off parking lot next door belonging to the Trinity Episcopal Church which refused to let them use the land as a campsite. Read more about this rally here.

The day before yesterday eight OWS protesters were found guilty of trespassing. Seven of them were sentenced to community service and one, Mark Adams, was sentenced to 45 days in jail and sent to Rikers Island. Unbelievable! I don’t know what he did, but to put him in Rikers Island isn’t fair and doesn’t make sense. The Lawyers Guild, which represented him and the others are going to appeal this verdict.

END_OF_DOCUMENT_TOKEN_TO_BE_REPLACED

Since beginning of this year I have been very busy with the production and promotion of my CD. So I was more concerned about myself than others and this movement. Soryyyyyyyyyyy! As you know I was interested and supporting the Occupy Wall Street movement from the beginning and featured it a couple of times in DooBeeDoo.

How do I feel about this movement now? Still very good and I’m very happy that I hear more about them recently in everyday conversations or in the media, such as The Village Voice which is announcing OCCUPY SPRING is coming soon in this week’s issue. Or my subway paper am NEW YORK Sign of the times: Occupy Wall Street pranks MTA. So some OWC actions are already happening. And I really hope that OWC will become a big and loud voice during the presidential election this year.

Here is a video made by Al-Jazeera Occupy Wall Street: Surviving the Winter,” Part Two of the documentary produced by Jordan Flaherty and Sweta Vorha for Al-Jazeera. Might be worthwile watching it.

END_OF_DOCUMENT_TOKEN_TO_BE_REPLACED

On December 24th 2011 at 11:59 in Zuccotti Park the New York City General Assembly will have a 24 hour gathering beginning with a midnight mass.