Fuzz Culture is a two piece electronica outfit from New Dehli formed in 2012. Consisting of Arsh Shparma (Also of The Circus) and Srijan Mahajan (Also of Half Step Down,Parikrama and Cyanide). What began as a studio experiment has evolved into a full-fledged live act which aims to combine melody and groove within a framework of mix-tape experimentation.

Last year Fuzz Culture released their Indulge.Divulge EP, and a full-length album is currently in the work. The band has been busy with the Zombie Dances at Hard Rock Cafe, Delhi and other venues across the national capital. They’re just touring the UK.

END_OF_DOCUMENT_TOKEN_TO_BE_REPLACED

Another great album release from Zudrangma Records (Thailand): The Paradise Bangkok International Molam Band from Bangkok. They have just returned from a successful Europe tour. Recommended by our friends from Hong Kong Metal Postcard.

Speaking of Molam: Molam is a multi-faceted folk music native to Laos and the predominantly rural Northeastern region of Thailand known as Isan – home to myriad ethnic groups and provinces, and once a part of present-day Laos. Mo meaning “master” and lam meaning “song”, Molam literally translates into “master singer”, but it remains more of an umbrella term covering over a dozen types of lam styles in which male and female singers can be backed by a free-reed bamboo mouth organ called  khaen, indigenous lute-like instruments called phin or the soong, a bowed fiddle called sor and a percussion ensemble featuring finger cymbals and hand drums.

Between the 1970s and 1980s Molam began to be electrified and integrated with Western instruments. When electric bass, effected guitars, electric organs, kit drums and horns played alongside the khaen and the phin. Maybe this is the end of original Molam music  due to the historical development of the music industry and the introduction of modern technolgy,

END_OF_DOCUMENT_TOKEN_TO_BE_REPLACED 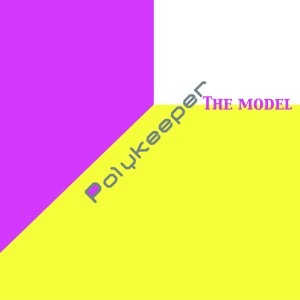 FEATURE TRACK: The Model (mp3) DOWNLOAD or available from Bandcamp here: THE MODEL

The first in Metal Postcard’s series Of digital singles celebrating how amazing German’s godfathers of techno music – Kraftwerk – still is.
Acts cover a Kraftwerk song in their own style/language and choose a song that’s suited to their geographic location.

END_OF_DOCUMENT_TOKEN_TO_BE_REPLACED

Check out these funky dudes The Drakkar/Thra Kha / Dra Kha Band. They’ve just reformed after 40 + years and are currently playing live in Phnom Penh. Metal Postcard hopes to re-release their original album very soon.
This album is so bloody rare only about 20 people in Cambodia actually know of its existence and a few adventurous souls who could be bothered to comb the cassette stalls of Phnom Penh.