Unbelievable…! The National Football League (NFL) has reportedly asked potential Super Bowl halftime performers if they would be willing to pay the league to play at its big game. I can’t believe this?!

A couple of weeks I decided for myself not to play for free any more. Yesterday I found out that some major musicians might have played for free for the NFL’s SUPER BOWL HALF TIME event. This is a perfect example what happens in this music business industry, but on a higher and sophisticated level. In this case, much money is made by the NFL, and no money goes to the (major) performing artists who decided to play for free.

Even David Letterman made a joke about this news last night.

END_OF_DOCUMENT_TOKEN_TO_BE_REPLACED 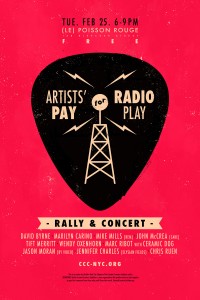