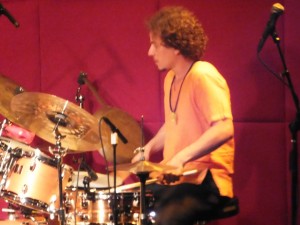 Review by Matt Cole and photos by Sohrab Saadat Ladjevardi

END_OF_DOCUMENT_TOKEN_TO_BE_REPLACED

Since coming to New York I have played with many drummers, but there is one drummer who I haven’t played with yet, but would love to: Dafnis Prieto. Whom I have already introduced to you, my dear reader, last year in this post.

What I love about Prieto is that he transposes elements from his Afro-Cuban musical background, rumba and son, into a jazzy drumming style incorporating congas and timbales in his playing. He’s able to to play very complex, poly rhythmic structures with extraordinary speed and precision. No wonder he’s one of Michel Camilo’s favorite drummers!

He’s putting out a new CD and here is his EPK to it. Very well produced. In the next DooBeeDoo music listings I will announce his CD release event dates at the Jazz Standard in NY.

END_OF_DOCUMENT_TOKEN_TO_BE_REPLACED

Phil Elverum is Mount Eerie. The 33 year-old multi-instrumentalist has played in other bands, and worked as a producer, but remains best known for this solo project, which began under the name the Microphones in 1997. In 2003, he renamed the project Mount Eerie (and added an “e” to his last name, Elvrum) after returning from a trip to Norway, where he lived alone in a remote cabin for a winter. “Mount Eerie” specifically refers to the mountain on Fidalgo Island, an island an hour and change north of Seattle where you’ll also find Elverum’s lifelong Anacortes, Washington hometown.
Nicholas Krgovich is a 28 year-old Vancouver-based songwriter and multi-instrumentalist best known for his work with NO KIDS, GIGI, P:ANO and MOUNT EERIE. He has been releasing records under various monikers since P:ANO’s acclaimed chamber pop debut “When It’s Dark And It’s Summer” in 2002, which has led to his work with the girl group inspired GIGI, the icy displacement of the r’n’b informed NO KIDS and most recently to the singular pop dreams released under his full legal name NICHOLAS KRGOVICH. Even though the material is often wildly diverse there is a unmistakable sense of Krgovich’s deep commitment to exploring the endless possibilities of pop, a discerning ear for sonic detail and quite often an ambition that wilfully borders on the absurd.

END_OF_DOCUMENT_TOKEN_TO_BE_REPLACED 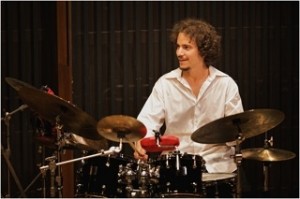 Dafnison Music is really proud to announce that Dafnis Prieto has been awarded with the MacArthur fellowship Award, 2011.

END_OF_DOCUMENT_TOKEN_TO_BE_REPLACED

Tyondai Braxton, best known for his role in the experimental rock group Battles, does not fit neatly into any one genre. His performances conjure sweeping symphonics, heady compositions, crashing guitars, and slyly playful sounds to create a wholly original style. For this contemporary classical event, Braxton will be joined by the 30-member Wordless Music Orchestra, a Brooklyn-based ensemble that, like Braxton, is dedicated to bridging the gap between classical and rock.