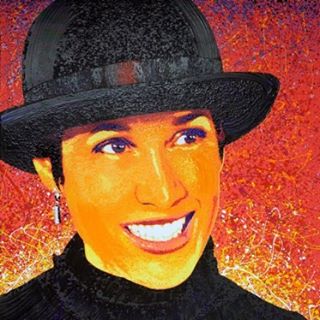 To say that Michelle Shocked is an iconoclast in the service of fairness and righteousness is an understatement. Her music and artistic vision was born of a constant struggle to remain true to herself and her vision. From the beginning of her musical career in 1984, she has explored a great variety of styles, and has been difficult to pin down. Her music has explored folk, rock, big band, and Latin. Throughout, she has remained true to a core belief in fairness, justice, and balance in a world either subtly or directly opposed to this. She has released 13 albums as a leader, was awarded Folk Album of the Year at the CMJ New Music Awards ceremony in 1989, and is a current member of Musicians for Musicians (MFM).

END_OF_DOCUMENT_TOKEN_TO_BE_REPLACED

Aftershocks are still being felt from the sub-prime mortgage fraud that roiled working-class Americans – particularly those in the Latino and African American communities – between 2007 and 2012. The extensive damage caused by this economic disaster should serve as an early warning of what now lies on the near horizon in the guise of the ironically named Music Modernization Act being considered in Congress. Proposed in the wee hours just before the end of the 2017 Congressional session, the Act should, in truth, be called “The Spotify IPO Protection Act”.

In 2011, on the front lines of defending homeowners during our efforts at Occupy Fights Foreclosure, I saw with my own eyes in the Los Angeles County Recorders office, sitting in front of an outdated DOS era computer, the consequences of unregulated banks creating private databases of public deeds far away from the prying eyes of the County Board of Supervisors and County Recorder.

As most people now understand (at least anyone who’s seen The Big Short), Wall Street “securitized” sub-prime mortgages, sliced and diced them into millions of tranches and sold them with insurance policies against their inevitable default, then shorted their own bad loans. Taxpayers were left crawling through the rubble of the collapse of 2008, while the banks made a seventy-fold profit on the foreclosures than what they would have earned by simply servicing those original loans.