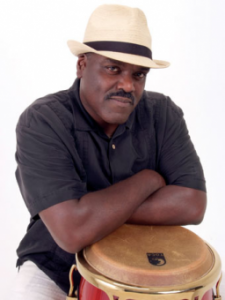 On a Monday night, the 6th day of 2014, when New York City was in the midst of a winter filled with strange weather, a congress of NYC’s jazz elite assembled at Clemente Soto Velez Center for a concert marking the beginning of the Evolving Music Series, presented by Arts for Art (organized by Patricia Parker). Michael Wimberly was the curator for the night’s performance.

END_OF_DOCUMENT_TOKEN_TO_BE_REPLACED 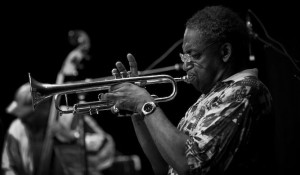 Roy Campbell was a warrior and hero in our New York City music community. He carried his armament (the trumpet, flugelhorn, flutes) wherever he went, and he went wherever he was needed. He was for the music, he was for his brothers and sisters. He was concerned about the next generation. But he didn’t want his peers to be forgotten. He didn’t want the History of this music, which was born out of struggle, to be forgotten. His music was not born in a university, but came from the struggle that he endured every day as a black man and as a human being trying to rise up and raise up.

Valerie Campbell-Morris, Roy Campbell’s sister, requested that at this time in lieu of flowers they would ask that any donations be submitted to Arts for Art in memory of Roy S. Campbell, Jr.

END_OF_DOCUMENT_TOKEN_TO_BE_REPLACED

Just as we are about to transmit this newsletter, we learned of sad passing of Downtown trumpet giant Roy Campbell, Jr. Mr. Campbell was born in LA in 1952 but raised in New York. Besides trumpet, Mr. Campbell played flugelhorn, pocket trumpet and flutes. Roy was a longtime friend and collaborator with William Parker, both are founding members of Other Dimensions in Music as well as members of Mr. Parker’s Little Huey Creative Music Orchestra.Mr. Campbell led several bands of his own including the Akhenaten Ensemble, who were always a highlight of the Vision Festival. Other high points for Mr. Campbell’s playing include his work with Matt Shipp, Jemeel Moondoc, Charles Tyler, Whit Dickey and Dave Douglas’ Triple Trumpet Band. More recently, Mr. Campbell soared with work in Marc Ribot’s Spiritual Unity and a co-led band with Burton Greene. My favorite group that Roy Campbell has long worked with is the Nu Band with Mark Whitecage, Joe Fonda and Lou Grassi. Each of their half dozen discs are extraordinary.One of the things I dug most about Roy is when he would emcee at the Vision Fest or even at his own gigs. He had a wonderful sense of humor and his occasional political rants were always charming. I am shocked at hearing of his passing since I just saw him a couple of months ago and he looked the picture of health. I would like to raise a toast to Mr. Roy Campbell, Jr., one of Downtown’s most distinguished musicians and sweetest spirits.– Bruce Lee Gallanter, Manny ‘Lunch’ Maris, Chuck Bettis, Mike Panico

I still can’t believe it that Roy passed away last Thursday. Because last Monday I jammed with him at Michael Wimberly’s event at the “Evolving Music” concert series. I enjoyed his trumpet playing.