“85% of people are more scared of financial ruin than dying of Corona.” – Keith Levenson

Yesterday, yes yesterday!, on July 31st, 2020, the Pandemic Unemployment Assistance (PUA) or the Federal Pandemic Unemployment Compensation (FPUC) $600 weekly payments to individuals who are unable to work because of a COVID-19-related reason but are not eligible for regular or extended unemployment benefits expired. The Senate failed to agree on an extension.
Many of our members applied for it. Some of them – including our President Sohrab Saadat Ladjevardi – got some help and assistance by brother Keith Levenson.

END_OF_DOCUMENT_TOKEN_TO_BE_REPLACED 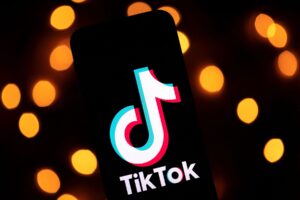 Blink your eyes, and a new social media platform pops up. And with it, a new set of questions for the professional musician, and a new set of variables to complicate an already treacherous territory of the music business.

END_OF_DOCUMENT_TOKEN_TO_BE_REPLACED

The Fine Line Between Genius and Madness: High Functioning Bipolar Syndrome and the Arts

(AUTHOR’S NOTE: This article is for general information purposes only, and is NOT intended to diagnose or cure any illness or condition. The author invites the reader to further research. If you suspect yourself to suffer in any way described herein, you are urged to seek professional help.)

“There is no great genius without a mixture of madness.” – Aristotle

END_OF_DOCUMENT_TOKEN_TO_BE_REPLACED

Music Venue Trust is a UK based network of grassroots music venues and their supporters. Their base concept, Agent of Change, was first introduced into the music scene in Australia, and then, three years ago, into the UK. Agent of Change is a term that is used to describe various approaches to controlling the relationship between newly built development (typically residential), and extant noise sources (typically, music venues).

The Agent of Change campaign believes that the cornerstone of the UK music industry is under threat and needs protection. Music venues are threatened with closure because of changes in planning laws to encourage residents to move into town centers. This change in policy was originally intended to address housing shortages (specifically, offices, car parks and disused buildings to be converted into residences. The problem arose with the UK’s music venues being next door to those offices and car parks. Music venues were subsequently forced to fight noise complaints, abatement notices and planning applications. The locations of the venues were deliberately chosen so that the music wouldn’t create problems for residents. With the aforementioned housing policy changes, residents made complaints about sound. The problem was exacerbated by the fact that the developers of the residential properties have no legal obligation to soundproof these new residences. UK law mandates that the business or person making the noise is responsible for its management.

END_OF_DOCUMENT_TOKEN_TO_BE_REPLACED

In a recent article on ReverbNation’s website, musician, blogger, and educator Patrick McGuire espoused the idea that streaming services such as Spotify are a “gift” to musicians.